The university lecturer who lived in a tent for two years 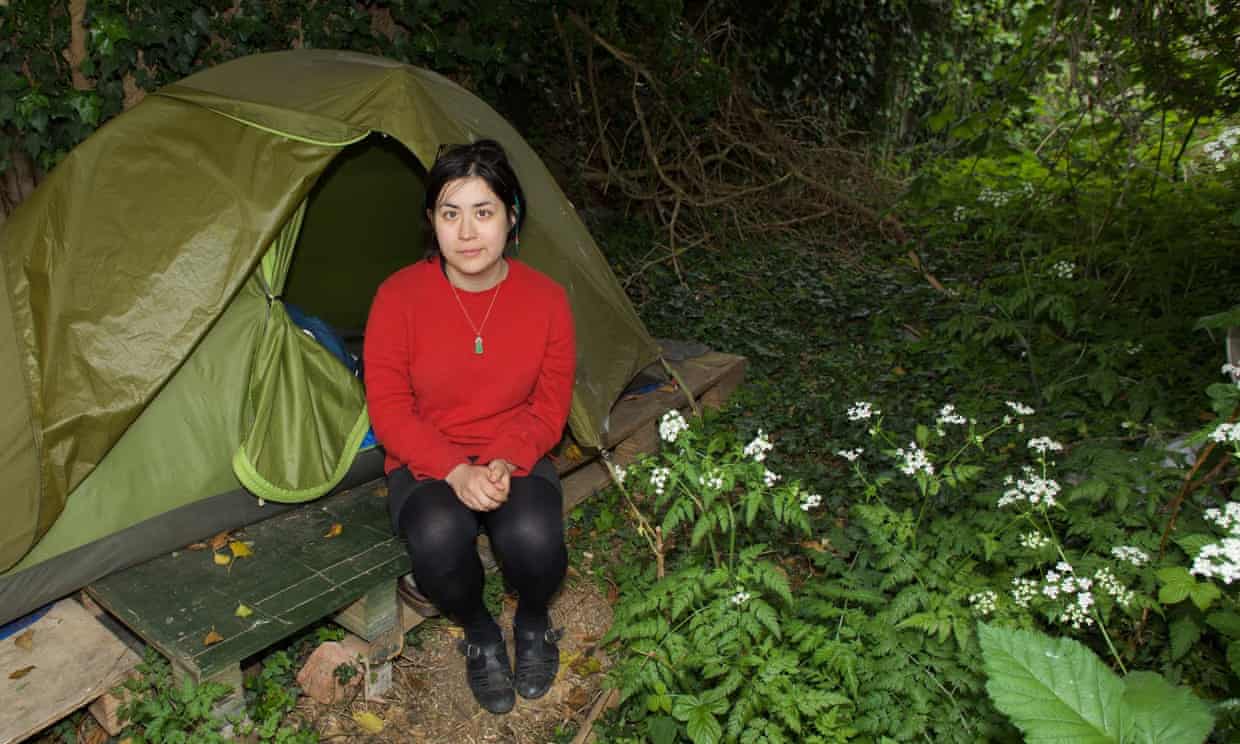 Lê was awarded an annual fellowship of £16,000 for three years from Royal Holloway to do her PhD on minority ethnic groups in American literature, and won an extra scholarship from the US, where she is from, in her first year. But as an international student she had to pay £8,000 a year in fees to the university (fees that have been waived for UK fellows), leaving her with £12,000 a year to live on including her wages for teaching.

She says she was just about managing until the cheap postgraduate hall she was living in was closed for renovations at the end of her second year. She was faced with finding an extra £3,000 a year for rent, which she says she couldn’t afford. Determined not to drop out, she borrowed the tent from a friend.

Lê admits that at first “I was really scared. I found out there was a protest camp near campus so I turned up with my tent and asked if I could stay there so I wasn’t alone. And that was the start of my next two years.”