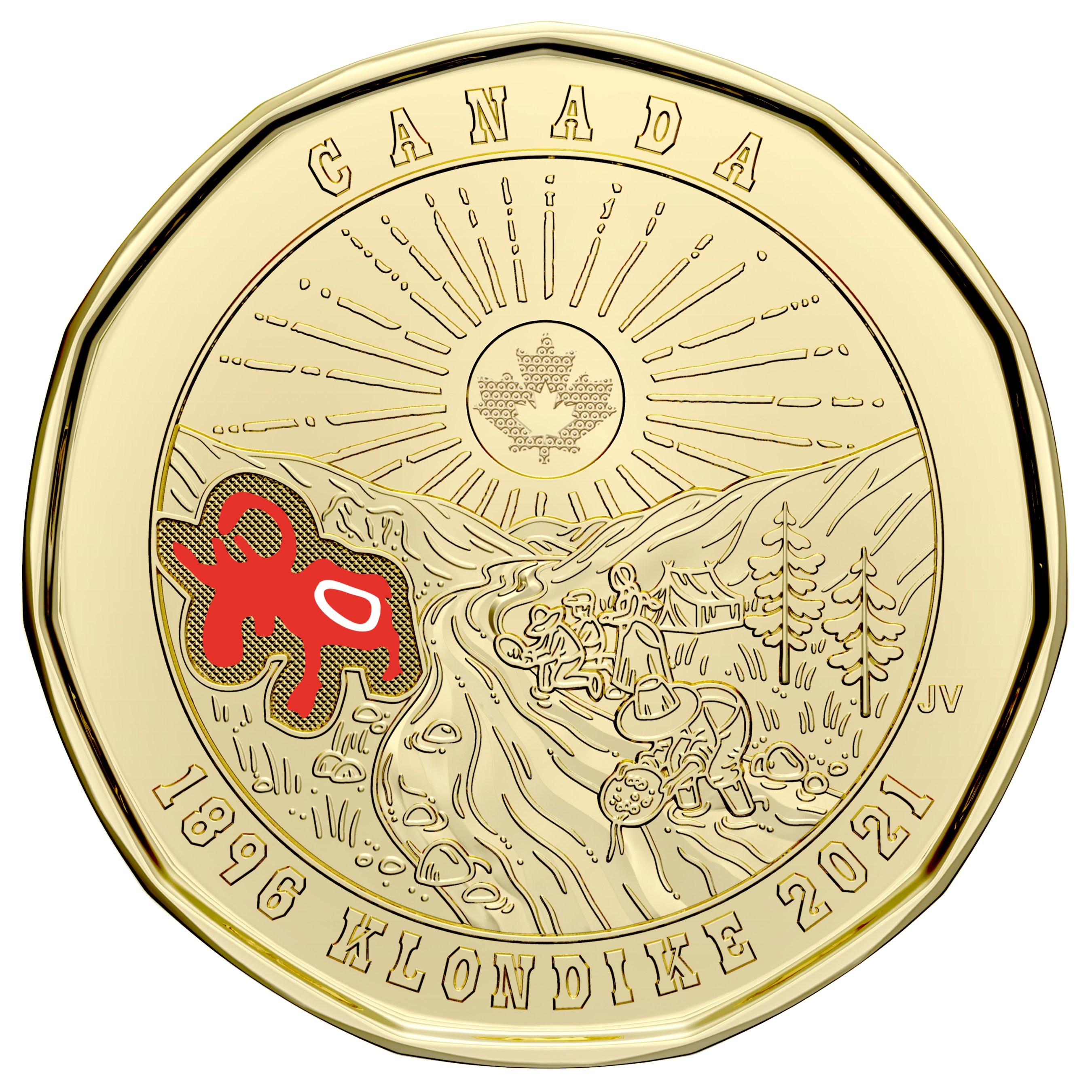 A commemorative $1 coin issued by the Royal Canadian Mint marks the 125th anniversary of the discovery of gold in the Klondike region of Yukon. The Mint consulted with some Yukon First Nations before settling on a design. (Royal Canadian Mint)

2021 marks the 125th anniversary of the Klondike Gold Rush, a critical event in our shared history. The 1896 gold discovery that triggered the gold rush in the Yukon is depicted on this year’s commemorative dollar.

Designed by Canadian artist Jori van der Linde, the $1 coin’s reverse features the artist’s rendition of the gold discovery that set off the Klondike Gold Rush. Under the shining sun, Keish (“Skookum” Jim Mason), Shaaw Tlàa (Kate Carmack), Kàa Goox (Dawson Charlie), all of whom were of Lingít and Tagish descent, and George Carmack can be seen panning for gold at the edge of Gàh Dek (Rabbit Creek/Bonanza Creek). A powerful symbol of cultural revitalization, the pictorial symbol for Ëdhä Dädhëchą (Moosehide Slide) is highlighted in red and white on selectively coloured coins; it appears on the opposite side of the creek, and represents the Tr’ondëk Hwëch’in and their deep, abiding connection to the land. The obverse features the effigy of Her Majesty Queen Elizabeth II by Susanna Blunt.

“It became apparent, you know, quickly apparent, that there was more to the story than we originally thought. And obviously, we had to talk to the Indigenous communities that were involved,” said Alex Reeves of the Royal Canadian Mint.

END_OF_DOCUMENT_TOKEN_TO_BE_REPLACED

The object of life is not to be on the side of the majority, but to escape finding oneself in the ranks of the insane.